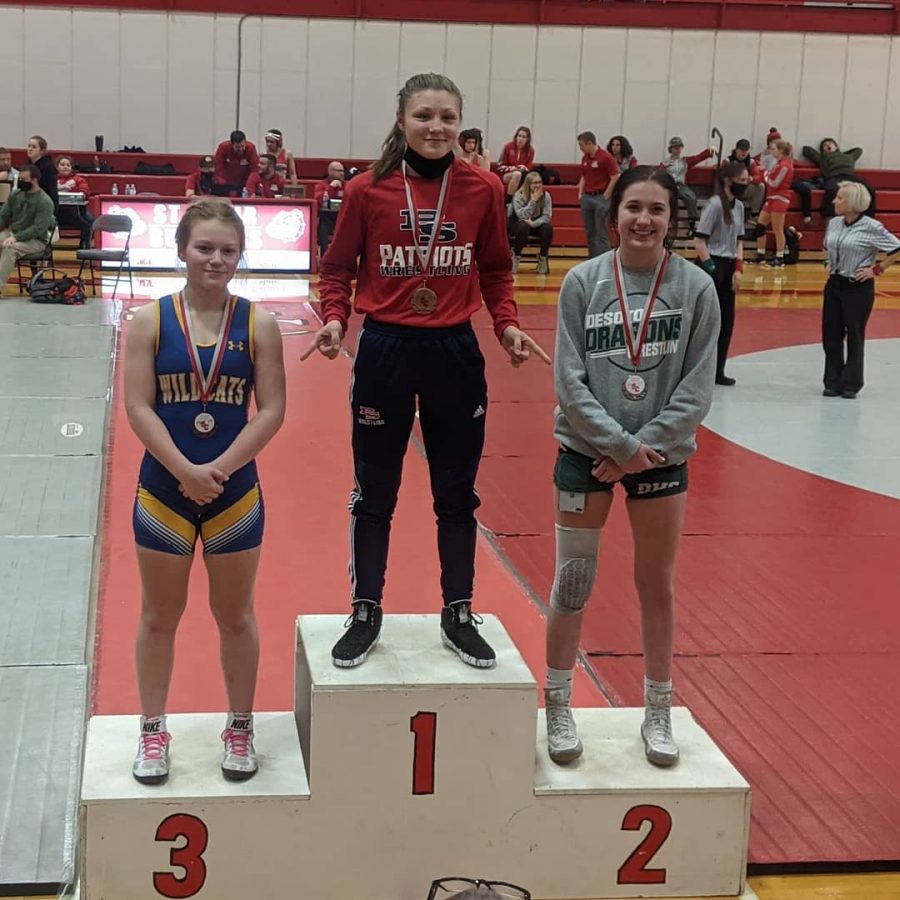 If you think wrestling is only for boys, you’d be wrong. Sophomore Nadia Middendorf is one of 7 female wrestlers at South High.

Middendorf said she is very proud of her accomplishments and the Patriot wrestling program.

“I’m excited to see how this season, and really the rest of my seasons as a high schooler will go. I’m beyond happy to have the amazing set of individuals and Coaches that I do. They make me who I am, and I’m proud to share being a patriot. GO PATRIOTS. GO SOUTH!” she said.

Middendorf said she decided to give wrestling a go as a freshman.

“I grew up around many male relatives, and my dad wrestled a couple of years when he was younger as well, so I guess trying for the wrestling team was out of curiosity since I had heard it was the first year with a girl’s team. It worked out great considering it was my freshman year and first year of wrestling experience ever,” she said.

She spoke about how the team and competitors have improved her wrestling skills and helped her grow as a wrestler.

“In regards to my favorite opponent, I would choose them all. I’ve gone up against so many talented other girls, and they’ve all made a difference in some way,” she said.

Middendorf also said she has learned a lot from her teammates.

“Every one of my teammates has his and her own style of wrestling. All of which has given me variety through practice,” she said.