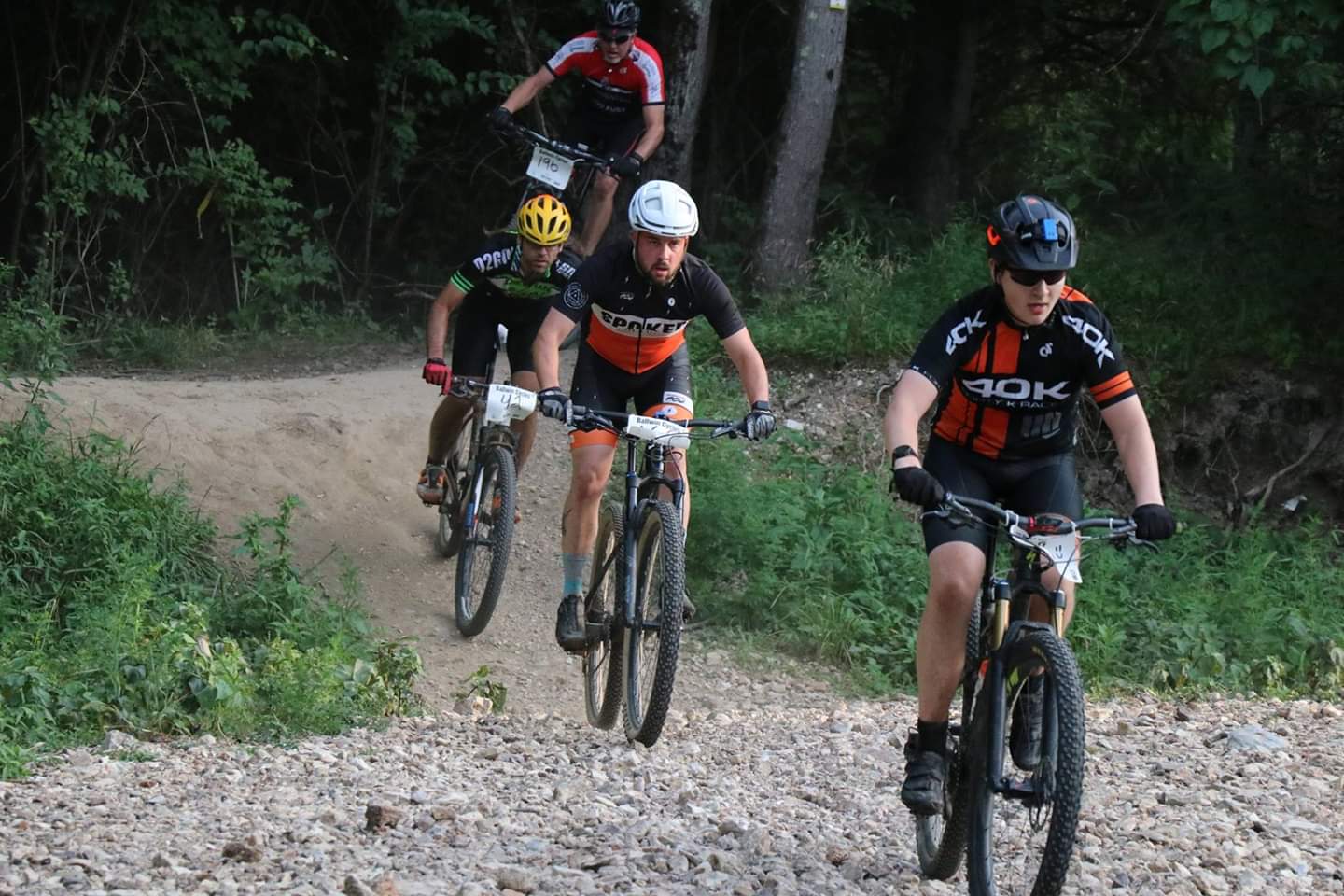 Having fun on two wheels

When he's not at school, you can find Michael Bobelak on his mountain bike

Senior Michael Bobelak is an avid mountain biker who practices and participates in races frequently. This sport and hobby has been a passion of Bobelak from a young age.

“I started when I was about 11 or 12 because my dad has always been really into so one day I joined him,” said Bobelak.

Ever since, Bobelak and his father have practiced together and even competed in some races. While they compete in different races they still go and support each other.

“My favorite memory of mountain biking is when I got 3rd place in the state,” said Bobelak.

Placing in these races isn’t easy. Bobelak and his dad practice very frequently all throughout the year.

“To prepare for the races we practice all year long. During the summer, my favorite place to practice is Castlewood, but in the winter we practice inside,” said Bobelak.

When practicing indoors, Bobelak uses indoor stationary bikes. The bikes have virtual worlds to bike through with trainers to assist. His family even owns about 16 of their own bikes.

“We have spent a lot of money on these bikes. I would guess above $50,000 altogether,” said Bobelak.

Even though some of his favorite memories come from races, he still loves all of the practice time and the flexibility of it.

“It’s awesome because you can practice on your own or be a part of a team with others, but I mostly just do it for fun,” said Bobelak.

This hobby has given Bobelak many opportunities, experiences and even some fun trips.

“A couple years ago, we went to Colorado and rode a downhill trail for a couple of hours,” said Bobelak.

Not all of these memories are so positive though, Bobelak frequently faces small injuries but he got his worst injury at Castlewood.

“One time I split my hand open so deep it was down to the bone,” said Bobelak.

Because he mainly does it for fun, Bobelak isn’t quite sure where the future will take him for mountain biking.

“I might continue on, but I’m not really sure, I’ll just see what happens,” said Bobelak.