South's annual Marshmallow Madness was more popular than ever this year 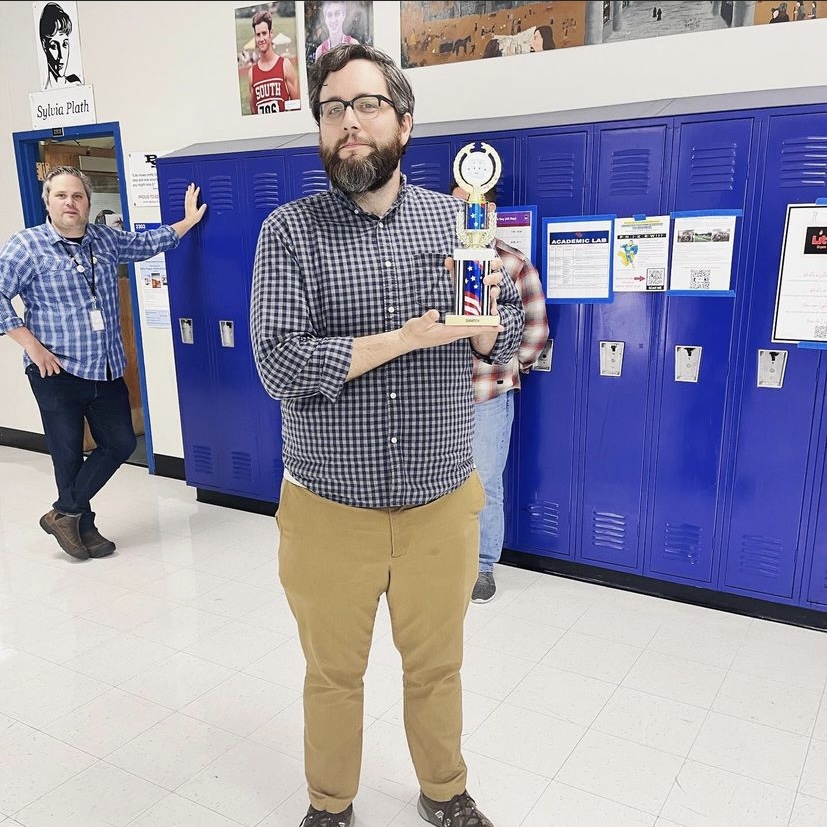 Everybody at Parkway South High School has been hearing about Marshmallow Madness. The event has taken the school into its hold like no other. Entire hallways were blocked as students watched the ongoing action. This was one event from this school year that got everyone’s attention.

This year’s competition was organized by Drew Jennings’ Sociology class.

“It is run by my Sociology class as a service project.  We hope to make school fun and increase teacher-student relationships,” said Jennings.

Jennings said the idea for Marshmallow Madness didn’t originate from South High, but rather from its neighbor.

“This idea was created by the Sociology class based off of Marshmallow Mafia at Southwest Middle School,” he said.

Junior Ben Nava is in Jennings’ Sociology class and explains how they got the word out.

“Well, the process included getting promotion because how else are people supposed to know about the event? We set up an Instagram account and got the word out and soon after we had a ton of followers ending with 406 in total,” said Nava.

Nava commented on the excitement the event caused at school.

“For me personally it’s actually exciting because instead of walking in the halls of the school, I can see teachers breaking stuff and fighting for a chance to claim bragging rights and what not. I think anyone would prefer teachers to be excited about an event and share with students than just for them to do normal academic activities,” he said.

The last four teacher remaining were science teacher Kathy Ehrhardt, PE teacher Mickey Wendling, social studies teacher Pete Wissinger, and English teacher Steve Wissinger. The final contest came down to the Wissinger brothers. They faced off against each other on April 13, right before the 4 day weekend.

The twin brothers agreed to duel each other during one of the passing periods, in front of the bridge of the social studies wing.

Pete Wissinger talks about the experience.

“It was tense. We helped each other team up on our final four opponents, so the final battle was epic. We knew we could rely on each other for an honorable duel,” he said.

Steve Wissinger mentions the excitement of facing off against his brother.

“It was a blast to face off. We have a lifetime of experience playing games against each other, so it was just fun,” he said.

Both brothers stood face to face as students and staff circled them. Eyes and phone cameras pointed at them. The crowd was silent, the only focus was the duel between brothers. Both took aim and threw. Pete Wissinger managed to dodge his brother’s attack, but Steve wasn’t so lucky. The crowd went wild with enthusiasm, a winner had finally been decided. Pete Wissinger took his trophy as the 2021-2022 Marshmallow Madness Champion.

Jennings said he thought this has been the biggest year for Marshmallow Madness.

“It has always been popular but this last year was the biggest and best response from South High,” said Jennings.