Homeopathy is a sham

Homeopathic 'medicine' is useless at best, harmful at worst 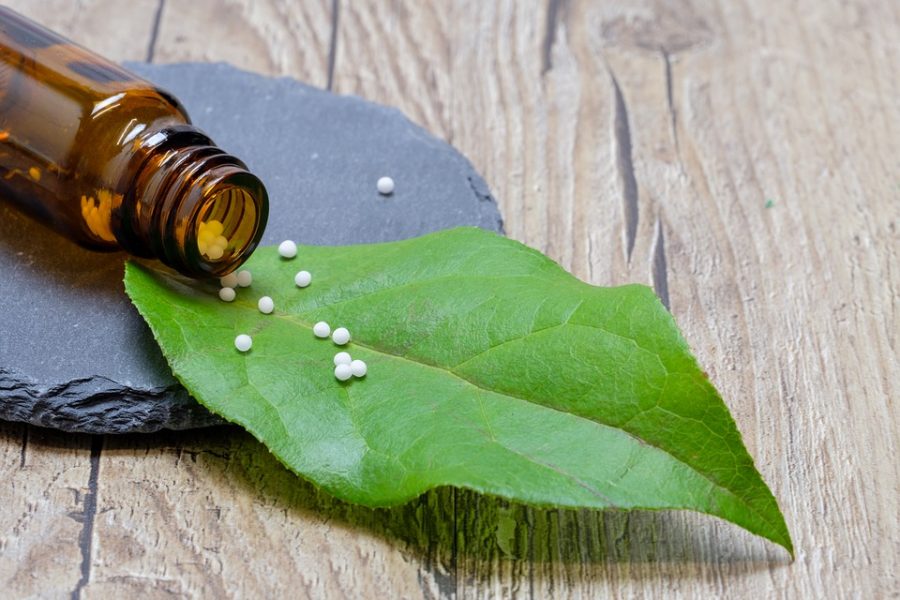 Homeopathy is the practice of diluting substances that would give the same symptoms as the medical problem and giving them to the patient. For example, a homeopathic solution for insomnia would be very diluted caffeine. The idea behind this is that by being exposed to small amounts of substances that produce the symptoms you want to avoid, you will be able to stop the medical problem altogether. But does homeopathy actually work?

The answer is no. The National Center for Complementary and Integrative Health (NCCIH) states, “There’s little evidence to support homeopathy as an effective treatment for any specific health condition.” Basically, homeopathy is a practice that is not an effective treatment or cure. The only real positive effect homeopathy can have is just the placebo effect, but it’s not exactly harmless either. The FDA has found significant amounts of active ingredients that could potentially cause patients harm as well as incorrectly manufactured homeopathic products that could also cause harm. So clearly, everyone should stop using homeopathic products. But it’s not that simple.

Most people would heed those warnings, but people that use homeopathy products are not most people. Many of the people that rely on homeopathic and alternative health products feel disenfranchised with government agencies and professionals who are authorities on human health. That can happen because of concern of corruption, a negative experience with a healthcare professional, and many other things. It’s possible that it’s being exacerbated by a general lack of scientific literacy in our society.

Let’s be honest. Most of us simply do not have the knowledge or the tools to rigorously research topics like whether or not homeopathy works. Instead, we often have no other choice than to just trust the experts. But if someone feels disenfranchised with those experts, there really aren’t a lot of alternatives out there except alternative medicine. Therefore, people that rely on alternative health products are not being entirely unreasonable. However, even if the experts were not credible, that would not make other practices, such as homeopathy, credible.

I think this mistrust of mainstream medical science means that it would not be responsible to rely solely on what the experts know if the concern at hand is that people could be making highly ill-informed decisions about their health. I could throw known scientific facts at homeopathy enthusiasts all day, but the already present mistrust of the source of those facts means I would get nowhere.

However, homeopathy is so logically flawed that it does not even need extensive scientific research to disprove. The first is called “like cures like”. The idea that a substance that causes the same symptoms as the problem you’re trying to solve. A good example of this would be taking caffeine in a very low concentration in order to treat insomnia. The second is the idea that the substances in question are actually more effective in lower concentrations. Both of these principles are false.

A problem with “like cures like” is that just because even if we extend our imaginations and believe that just because a substance causes similar symptoms as a health problem means that it will stop the problem, the idea that substances in such minuscule concentrations, often to the point where there are no remaining molecules of the original substance, is very questionable.

But the idea that substances are actually more effective at lower concentrations is a core idea of homeopathy. Some homeopathists say modern scientists simply do not yet have the tools to comprehend why homeopathy works. Other homeopathists point to a phenomenon called “water memory”. Watery memory is basically the idea that water can retain a “memory” of a substance it has come into contact with. However, this idea is not credible. May Nyman, a chemistry professor from Oregon State University stated, “I don’t believe in water memory, because water molecules move. They’re constantly rotating with respect to each other, forming hydrogen bonds, and breaking hydrogen bonds”. Water is structurally incapable of retaining memory as homeopathists claim. But many people who believe in homeopathy do not listen to mainstream science. However, even if we ignore what is already known about how water actually works, there are still some problems with this idea. How long-term is water’s memory? If substances can truly cause an effect in the body by just coming into contact with water at some point in time, how can we be assured that homeopathy is safe? How do we know that the water is only remembering the substance it’s supposed to remember?

But what about people that homeopathy works for? Since homeopathy has no real medical effect, there are a number of reasons that someone could be mistaken into thinking that homeopathy is effective. One is that often the body heals itself regardless of whether or not there is effective medical help present. For example, if you get a common cold, and usually you would get better relatively quickly, and you take homeopathic treatment and recover, there is no way to verify that the homeopathy caused you to recover because you would have recovered anyway. Another reason is the widely known placebo effect. If you did not already know, when a patient takes something medically ineffective and sees an improvement due to the expectations they had for the thing they took. Both of these things could potentially be harmless to someone’s health in the long run, but that’s not always the case. The danger here is that someone could feel much healthier than they are and not seek medical treatment behind it.

All in all, homeopathy is a practice widely discredited in the medical community. The principles it is based on do not stand up to science or logic. It is best for everyone to leave it behind.