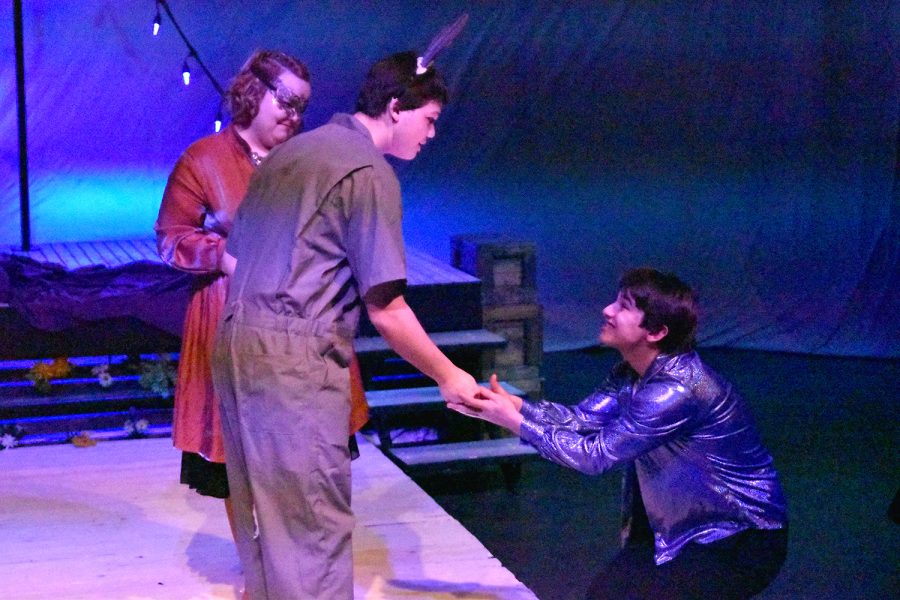 Feb. 5-7 South presented a play called A Midsummer Night’s Dream, a Shakesperean play about forbidden love. This play was full of laughs and it did keep me entertained the whole time.

The storyline was quite entertaining and I loved how the audience took part in the action. Each actor did an amazing job playing his or her role and memorizing his or her lines. I thought Aaron Bennett who played Robin-Puck Goodfellow and Oberon’s lieutenant was very funny and definitely carried the whole story along, keeping the audience entertained in the play.

However, despite the great job done by the actors, I thought the plot was a blur. For example, The play first goes from a love story, then goes to street workers performing a play, to then every character to traveling to the woods. Many people probably think Shakespeare plays are a foreign language, and this one is no exception. Before even going to see the actual play, I didn’t know it would be as entertaining as it was. I wished I did some research on it because when the play was going on, I had no clue what was happening. There was a lot happening at once. I feel like any Shakespearean play that is presented needs to be researched before seeing the actual play. If you see the play without research, then you will have no clue what is going on stage because when I went, I was lost most of the time.

I thought the play was good overall. All the actors were very talented, but special recognition needs to go to Sam Eads who played Demetrius in the play. He played a part at such short notice and stepped into another person’s role too. He had the script in his hand but he performed the character very well.

There were a lot of good moments and funny moments. Even though I didn’t quite understand it, I still liked it. I never liked Shakespearean plays because they would bore me till the ends of the earth but, This play actually had me hooked the whole time.