Introverts are often left out in classrooms, society 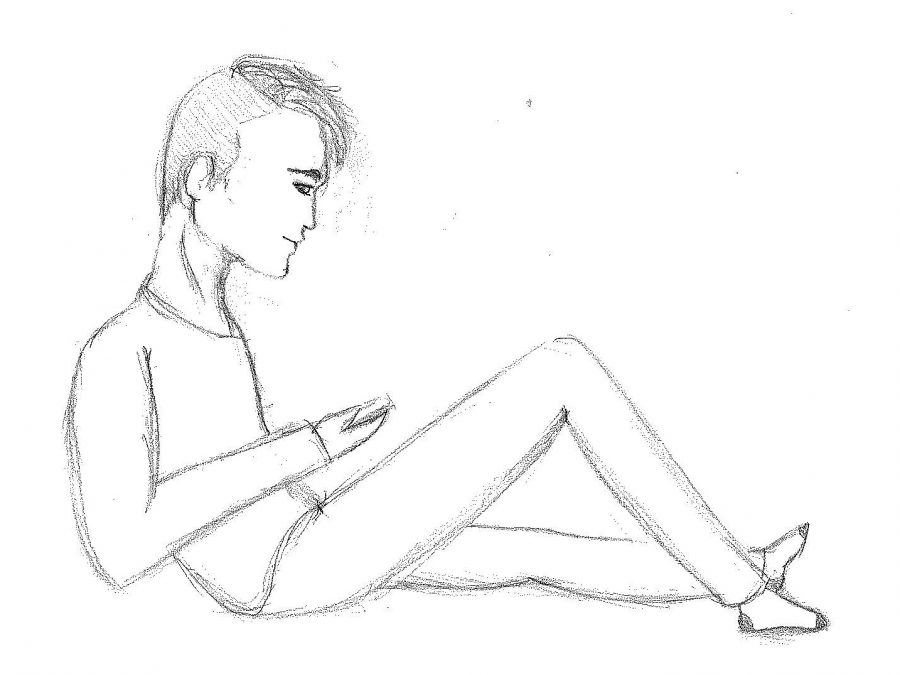 What’s the first word that comes to mind when you think of a quiet person? Shy? Anxious? Well, if those come anywhere close, don’t worry, you aren’t the only one.

But you aren’t particularly right either.

Being shy is is it always? the fear of social judgment, whether it is getting sweaty palms or stomach butterflies when speaking in front of a large group of people or simply talking to someone. Being quiet, on the other hand, just means that you prefer not to interact as much. You might get stimulated by spending time by yourself. That is introversion–not shyness.

Introverts—these reserved people who would rather spend their time cooped up with a book on the weekend than at a party—make up at least 25 to 40 percent of the population according to some studies, yet they are still highly misunderstood. Mainly, this is because we live in an extroverted world where more outgoing and group-orientated skills are favored over someone who might thrive in an independent setting. And, sure, group work can get things done faster and more efficiently, but it’s shoved down our throats so much that when a person might want to work alone, they can be viewed as antisocial. Yet in reality, solitude might help their ideas come easier. For example, I’m a writer, and when I’m alone in my room or the workspace is quiet, I find myself being flooded with thoughts for new stories, but if I’m in a louder more noise-filled place it becomes harder to concentrate on what I’m thinking. Also, when working alone, some people might feel freer to express things in the way they want to, instead of being pressured by other people.

This type of behavior toward introverts can be seen in many situations, such as when they might want to spend a Saturday binge-watching their favorite show or reading instead of going out. And then their extroverted friends get offended and say that they need to put themselves out there more as if there is something wrong with them. Then in schools, when kids are forced to instantly jump into activities or do things that require talking in large settings, some might have to observe the situation first or think things through.

I have personally experienced this in places like my English class, which does these things called Socratic Seminars which require getting in groups of about five to six people and talking over ideas in a book. The number of times I have felt extremely uncomfortable doing this is unbelievable. I usually find myself either stressing about what I’m going to say, and how my grade is going to turn out, or eager to write a paper on the subject instead because that’s where I explain my thoughts better. Some students might prefer group activities, but certainly not all. Yet schools still seem to think everybody’s brains are wired the same way when in reality, they differ greatly.

It is certainly true that people should have some group-oriented skills because lots of jobs and businesses now-in-days require that, but there should be a healthy balance between working in groups and working alone. The world should introduce both techniques instead of being bias; helping the ones who are more reserved and the ones who are more outgoing to slowly adapt to each other’s needs, instead of just one.

According to psychology, the biggest difference between the introverted and extroverted brain is how they respond to dopamine. Introverts and extroverts have the same amount of dopamine, but that dopamine is activated stronger in an extrovert’s mind when they are in social situations. They feel more rewarded where an introvert can become overstimulated. Introverts also have thicker prefrontal cortexes, which connect to more complex behaviors like planning, deeper thinking and personality development. But while this can make introverts less impulsive, it also makes them more susceptible to depression and anxiety. So, both of these personality types have their strengths and weaknesses, it would just be helpful if society could appreciate this. Not focus primarily on extroverts.

One introverted quality that schools try to push is creativity, thinking it can come easier in social situations. And I’m not saying extroverts can’t be creative—Ernest Hemmingway and Mark Twain are two great extroverted writers—but creativity is known to thrive better in solitude, which introverts love. Schools should encourage students to think for themselves and explore their minds to see what ideas can be birthed from that time spent alone. A lot can be discovered when you have nobody else around. Creating relationships with others is fun, but building one with yourself is essential.

Fortunately, Parkway is taking its own steps to accommodate the needs of different people. In two years, Sorrento Springs will become a personalized learning elementary school where students have control over their own education. They will work at their own pace, explore more global and local issues, apply their strengths and understandings of topics to different things, and have a more flexible and creative opportunity to get work done while keeping in mind their own personal needs. This is a great step in the right path, and hopefully, it will create a domino effect.

In the end, everybody is purely themselves. Most people aren’t even introverts or extroverts. They fall in the middle, making them ambiverts, who get the best of both worlds. But however you are, you are valid. Just learn to respect other people and their needs.