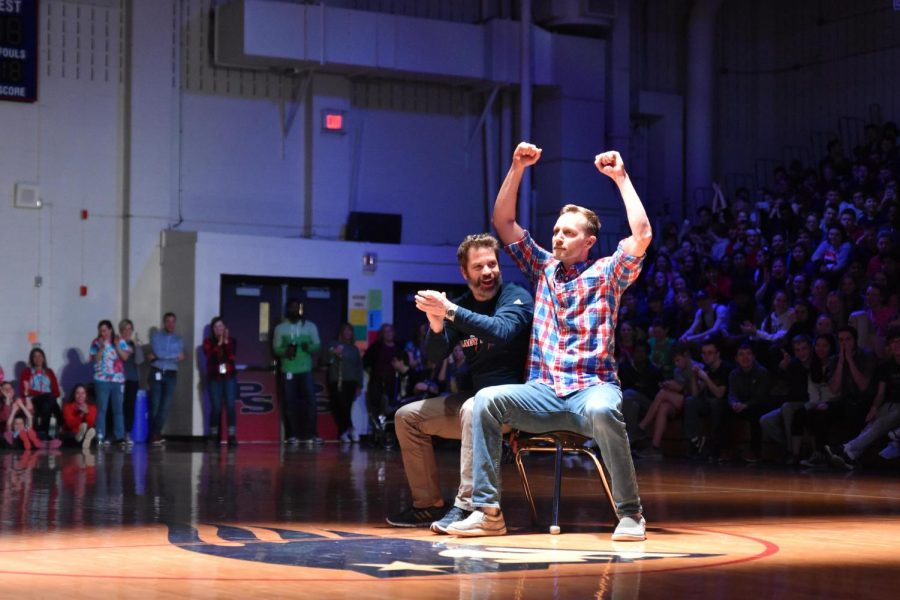 Mark your calendars for March 12 and April 15, because if you’re a student, you probably plan on being sick then.

Every year, more and more kids skip “school spirit” events like these. School spirit continues to decline, and there is continually less and less enthusiasm throughout the year.

Another example of this is the annual fall Homecoming Pep Assembly. This year, secretaries fielded dozens of calls from parents excusing their students from school so they could miss this event. 231 students in total missed either the entire day, or just the Assembly. The Homecoming Assembly is an absolute necessity for South. Every other high school in the St. Louis region has an assembly to hype up the students and get everyone involved. It makes students who may usually be outcasts feel like they are wanted and valued by the school. So why does South tend to stand out and ignore this, creating division between kids?

Absences are overall hurting our school spirit. The seniors make the decisions and set the precedent for the underclassmen, who then think it is normal and “cool” to skip school days. This overlaps with all South activities, including sports. In recent years basketball, hockey, and football all have a significant decrease in the number of members in the Patriot Posse. South didn’t even hold the Mr. Patriot contest in 2018 due to lack of interest from the boys, and the school only resurrected the event last year after much hard work and convincing from teachers. Mr. Patriot is in the plans for this year, to be held on March 11. That is, if the PREPS and sponsors can convince enough boys to participate. Because of lack of interest, Mr. Patriot, which used to be a not-miss event for students, has faded into obscurity. I bet if you talked to most students at South High, they couldn’t even tell you what Mr. Patriot even is. Also, it’s no wonder the event will be held after school–if it were during school hours who knows how many students would “call in sick” just to miss it?

The blame for all these students missing school on “spirit days” doesn’t just lie on the students. To have an excused absence, you need your parents’ help. Last year, on the day of South Talks,  the parents or guardians of 651 students chose to excuse their student from school for the entire day, or part of the day. Were some of these excuses valid? Probably. However, you can’t convince me that 651 students just happened to be sick or need doctor or dentist appointments on April 12. There were so many calls into South that day that our phone system couldn’t handle it all, and it created chaos for the operations staff. Our secretaries work hard enough–they have more to do than handling hundreds of parent phone calls excusing their students from class.

And what did those 651 students miss on April 12–a lot! Teachers and students worked hard to put the speakers together for that day, to give students a break from the traditional school day, and teach the students something different. Weeks of preparation led to this day, but nobody seems to value each other’s time. There were informational sessions with powerful speakers, ranging from abuse victims to celebrities such as American Ninja Warrior phenom Brian Arnold. Other sessions offered a documentary or movie, such as “Free Solo.” And no one was even forcing the students to attend sessions! If you didn’t want to participate, there were study halls set up during the day so students could finish their homework.

And it’s not just not valuing the time spent from the people who set up South Talks; you need to value the money you’re wasting for the school. The district receives $9 from the state of Missouri for every present student. If over 600 kids are out for one day, that’s almost $6,000 the district misses out on. It seems like not a lot, but that can add up quick. There are roughly 120 students out a week (on average), which is $1,080. There are also about 35 weeks of school during the year. That equates to nearly $40,000 every year that the district doesn’t receive because of student absences. Now obviously some students have doctor appointments, vacations, or are sick. But that is a large sum of money that is contributed to by the kids that skip school.

With Renaissance and South Talks coming up this semester, South has a chance to go against previous attendance trends and show that South is ready for change. If absences such as these continue to get worse and worse, not only will the school possibly take away some of these events, but it would ruin the fun for other students that want and enjoy these assemblies. I believe it’s time for change, and I believe that is possible this year.