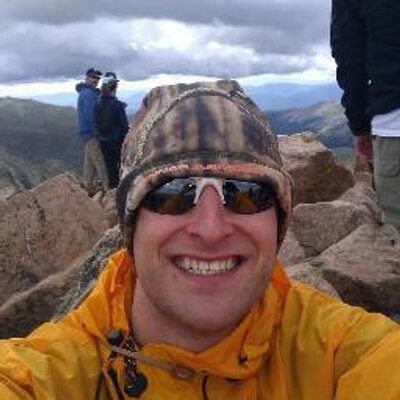 American Ninja Warrior hosts some of the most athletic humans on the planet, and one of South’s very own teacher is attempting to be among those stars.

P.E. teacher Mickey Wendling, has been a major fan of American Ninja Warrior ever since he first saw the original show “Sasuke” in middle school,

“I have always loved obstacle courses, ever since I had Mr. Curran as a P.E. teacher at Barretts Elementary.  I really enjoyed the show, but didn’t think it was realistic for me to compete,” said Wendling.

Wendling still carried on his passion for obstacle courses, working on running through them with another P.E teacher, Tony Griffith before competing in a few Tuff Mudders, and soon enough, his fantasy began to become a closer reality when American Ninja Warrior expert, Brian Arnold,  came to visit one of Wendling’s obstacle courses in his first year of SouthTalks. Arnold has competed in 6 seasons of American Ninja Warrior.

“Brian Arnold came in to run the obstacle course that I set up and I actually beat him. This was the point that I felt like I could get on the show and Brian texted me later that week with a way to get my video in late for that year,” said Wendling. “I put together a video quickly, turned it in and got a call from casting the next day.  They told me that they were putting me forward to the producers, but I never got a call after that. The journey began.”

Wendling now runs a climbing team made up of all Parkway South students out in Upper Limits. In his own time, Wendling trains year around, climbing at least once a week, running through obstacle courses in Gym B, even doing pull ups in between his classes. But that’s just all at school–Wendling has even made Obstacle course at his home,

“I have put in obstacles in my basement, so I have cannonball alley hanging there, climbing walls, and different attachments that can hook into my ceiling joists to work on my laches.  This past summer, I built a double salmon ladder and quintuple steps in my backyard so I can train with that too,” Wendling said.

Just some activities in a typical cardio day for Wendling includes, running a 5k, 45 pullups, and a cool down walk of a quarter mile before running through his Salmon Ladder.

This will be Wendling’s third year trying out, getting a call back the first two but no further. However things look up for Wendling this time around. He was asked to be a course tester for the show to see how the courses would be and casters have called him asking for him to submit a video of himself for entry. If he gets through, Wendling will miss the last day of school to go to Cincinnati on May 24 and 25, but he’s saved all his personal days in preparation. Training for the show isn’t easy, but Wendling believes you can train anywhere.

“The world is a ninja course-you just have to get creative,” said Wendling.